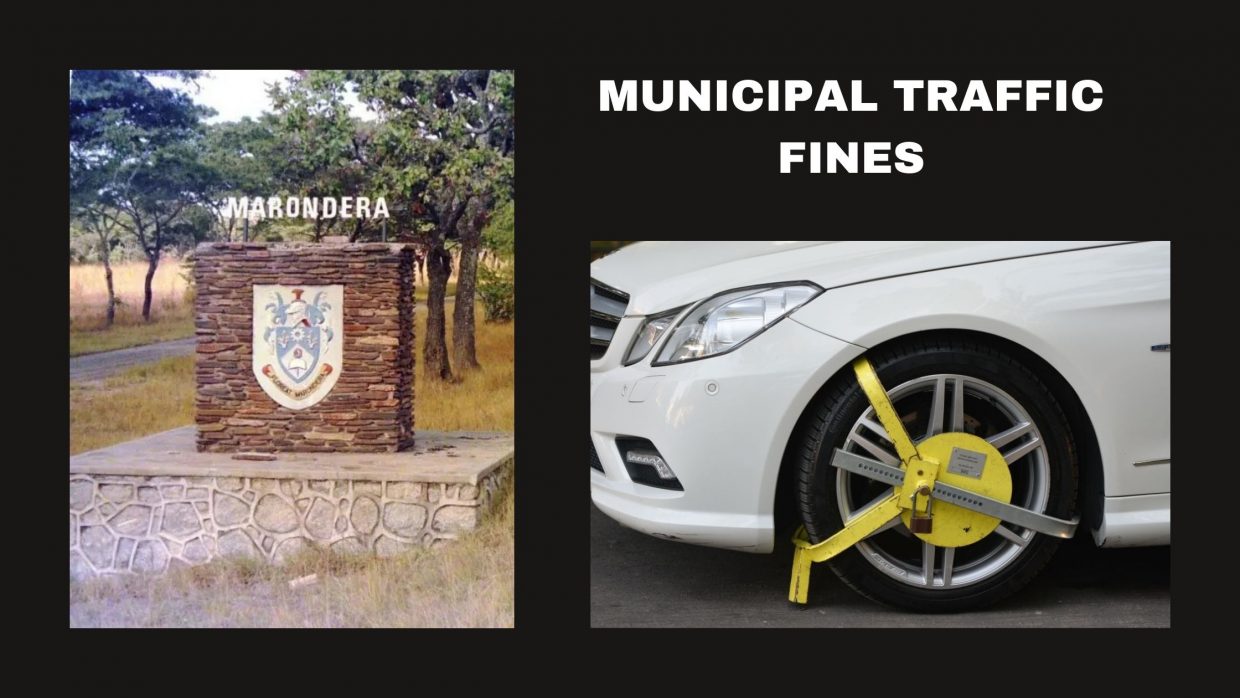 Thanks to Sean for raising this one. He asked about the relationship between Council Fines for Traffic Offences in By-laws, imposed by Municipal Police, and Deposit Fines (for Traffic Offences and many other offences) in the Criminal Law Code’s Standard Scale of Fines, imposed by the ZRP. Specifically, he wanted to know if the upper limit of a Level 3 Fine (currently Z$2 000) in the Standard Scale of Fines that the ZRP can impose on-the-spot without the offender first appearing in Magistrates Court also applied to the Marondera Municipal police.

There appears to be an anomaly in the case of the Marondera Municipal Council. Traffic Fines set in USD during the multi-currency period (and not subsequently revised), when converted to Z$ amounts using the RBZ Auction Rate, result in penalties far higher than those prescribed for Levels 1, 2 and 3 (the so-called ‘Spot Fines’, or Deposit Fines) in the Standard Scale of Fines.

Last week a motorist’s minor offence of parking across a white line that demarcated a parking bay resulted in an on-the-spot Marondera Municipal Traffic Fine of Z$5 177.25, more than double the maximum Level 3 on-the-spot Deposit Fine of Z$2 000.

The relevant legislation in regard to that exorbitant fine is found in the Marondera (Clamping & Tow Away) By-laws, 2011, contained in Statutory Instrument 30 of 2011. It is noteworthy that the way the Municipal By-laws are written, an offender does not have a choice to decline to admit guilt, drive away and later argue his case in court. If he does not pay the fine on-the-spot, his car will be wheel-clamped and towed to a municipal pound and there detained until he pays the fine – plus the additional clamping charge and daily storage charges.

The Fines for 33 Traffic Offences in SI 30 of 2011 (referred to as ‘Charges’ in the By-laws) are all expressed in US Dollars. In 2011, of course, we were in a multi-currency situation, predominantly using the United States Dollar, and the Zim dollar had been done away with. However, the municipal fine last week was still apparently quoted in USD – and incorrectly quoted as well.

Today, in our latest ‘new-normal’ dual-currency situation, the 14 levels of Fines
in the Standard Scale of Fines are all stated only in Z$ amounts.

So how did we reach a situation where Marondera Council’s on-the-spot Fines are still quoted in USD and, when converted using the RBZ Auction Rate, result in penalties much higher than on-the-spot police Deposit Fines?

Many Council by-laws have for a long time been something of a mess, without consistency, and without a logical rationale in some cases. Traffic by-laws are a case in point.

For example, the Harare Clamping & Tow-away By-laws, 2005 (contained in Statutory Instrument 104 of 2005) refer under Offences to Fines ‘not exceeding Level 5’. This means that the limit of paying up to a Level 3 Deposit Fine without appearing in magistrates court, as laid down in section 141 of the Criminal Procedure & Evidence Act, comes into operation in regard to traffic violations in the Harare CBD.

However, the Marondera Clamping & Tow-away By-Laws, 2011 adopt a different approach. Section 4, as read with the First Schedule (which consists of a list of 33 offences extracted from the 1972 Marondera Traffic By-Laws), stipulates, “An authorized person (i.e. any person employed or delegated by Marondera Municipal Council) may, if he or she has reason to believe that a violation of the Marondera Municipal Council (Traffic) By-Laws, 1972, specified in the Schedule, has been committed, immobilize or cause such motor vehicle to be immobilized by way of a wheel clamp, provided that no motor vehicle shall be clamped without a traffic ticket having been issued first.”

The list of offences in the First Schedule includes, as item 6, “Park vehicle outside parking place in any road.” A machine-printed receipt was issued to the offending motorist in Marondera last week. It refers to “VIOLATION Code: V 006 Park in undesignated Parking Place” which presumably is intended to refer to item 6 in the First Schedule of SI 30/2011.

Opposite each of the 33 offences in SI 30/2011 appears ‘Charge US$’. These range from US$10 (“Park a pedal cycle within 5 metres of an intersection; and Park any vehicle within 10 metres of an intersection”) up to US$100 (“8-tonne vehicles using residential area roads; and Park vehicle with inflammable or dangerous materials close to building CBD area or residential areas”).

Firstly, 8 years after SI 30 was gazetted in 2011, on 24th June 2019 by means of Statutory Instrument 142 of 2019 the use of any foreign currency whatsoever (which included USD obviously, as the dominant currency) was effectively banned in Zimbabwe. The words actually used were “shall no longer be legal tender alongside the Zimbabwe dollar in any transactions in Zimbabwe.” While there were various exceptions to the mandatory use of the Zimdollar, and the list kept growing over the following months, Municipal Council Traffic Fines/Charges were not among the exceptions. So, effectively from June 2019, Marondera Council’s Fines/Charges became the equivalent in Z$’s at the rate of one RTGS Dollar to one US Dollar.
(This was subsequently backdated to February 2019 still at a rate of 1:1, by an amendment to section 22 of the Finance (No. 2) Act, 2019.)

However, on 29th March 2020 the gazetting of SI 85 of 2020 as the 2nd amendment to the principal Exchange Control (Exclusive Use of Zimbabwe Dollar for Domestic Transactions) Regulations (SI 212 of 2019) started us on the road to legitimately quoting prices in dual currencies (‘using the ruling rate’, which became the Auction Rate).

Presumably, Marondera Council then reverted to their US$ Charges for traffic offences, payable either in USD or ZWD at the Auction Rate – which is how I interpret the figure of ‘$5 177.25’ written by hand on the machine receipt issued by the Marondera municipal police officer. Dividing 5 177.25 by 60 gives a figure of Z$86.28 to US$1. (Presumably the Council is not adjusting its software to track the weekly Auction Rate.) If the ‘correct’ charge of US$40 had been invoked, the figure would become Z$129.43 to US$1, closer to the illegal parallel market rate.

Secondly, how did the Council reach the stage where 25 out of 33 of its ‘charges’ for traffic offences in 2011 exceeded the national Levels of Fines at that time?

Delving back into the history of that period, with effect from 1st February 2009 (and unchanged until 1st January 2017) amendments to section 280 and the First Schedule (‘Standard Scale of Fines’) in the Criminal Law Code (Chapter 9:23 of the Statute Law) set fines in USD for the first time as follows –
Level 1 US$5
Level 2 US$10
Level 3 US$20 (and Level 4 US$100 which can only be imposed by a Magistrate after appearance in Court – and which is the top of the range of Marondera Council’s arbitrary Traffic Offence ‘charges’).

So the Council’s ‘charges’ of US$30, US$40 and US$50 for traffic offences bore no relation to the Standard Scale of Fines in the Criminal Law Code at that time. Nonetheless, they were gazetted on 18th March 2011 in SI 30 of 2011 – so the Council appears to have some basis for imposing the ‘charges’.

It will probably have to wait till some irate motorist challenges their legality in Court before it can be determined whether mere Municipal By-laws can circumvent the Criminal Law Code in this way.

First published by Howard Dean in the Business Information Zimbabwe Bulletin, on 19 October, 2021.

Avoiding or Dealing with a Car Invasion