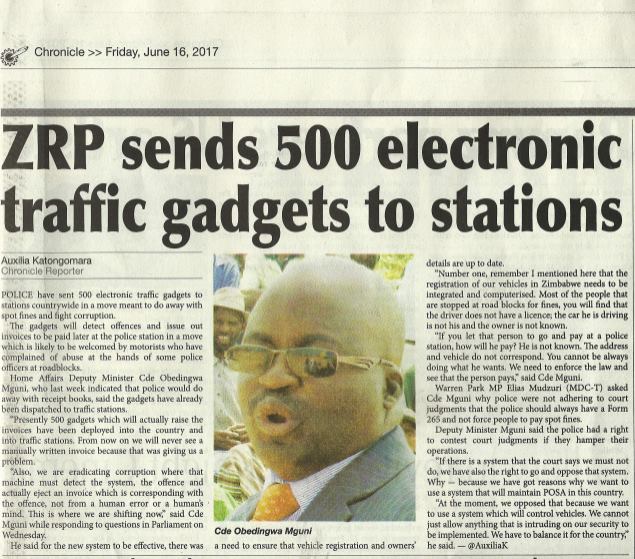 Motorists will be alarmed at media reports of $700 deposit fines, from 1 January. Recent reports of ZRP insisting on payment of fines in US Dollars, haven’t helped stress levels. The following should clarify these issues for Big Sky customers …

Motorists are reminded you have the right to refuse a roadside fine and appear in court if you prefer not to admit guilt. However, be aware the Harare Magistrate’s Court is dysfunctional and you can expect to be severely inconvenienced …

In his 2019 Budget Speech on 22 2018, Finance & Economic Minister Mthuli Ncube proposed a number of measures affecting motorists. Amongst others, the Minister proposed increasing the maximum traffic fine to $700. To implement this and other proposals, the Finance (No. 3) Bill, 2018, was gazetted on 14 2018.

The Bill proposes a revised Standard Scale of Fines, which goes even further than $700, with Level 12 listed as $8,000. (As an example Level 12 applies to “reckless driving” in respect of commuter omnibus and heavy duty drivers). This represents a quadrupling of the Levels from 4 to 14, whereas Levels 1 to 3 doubled, up to $60.

However, since the minister was questioned in parliament about the severity of these fine levels, we understand they are under review. Big Sky expects fines on all levels will be doubled (not quadrupled), once the final version of the Bill passes through parliament.

Motorists will recall the electronic devices ZRP introduced in June, 2017, at the height of the roadblock-era. These are named the Traffic Enforcement Gadget (TEG) and have since evolved into an efficient means to process deposit fines and accept payment.

Big Sky acknowledges the contribution from the publishers of BIZ Bulletin, a useful guide to business-relevant legislation. Subscription enquiries to aquamor@mweb.co.zw

We hope you will find this update useful.

Big Sky Supplies – We prepare you for your journey 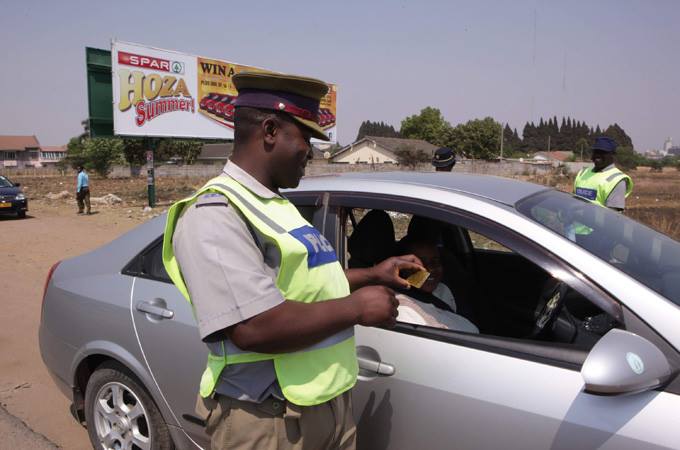 Amongst others, the minister proposed increasing the maximum traffic fine to $700 and imprisonment up to 12 months. (Readers should appreciate the budget is a list of proposals, which will have to be considered by parliament before becoming law).

We can be grateful that government has acknowledged the carnage and state of chaos on the countries roads, and that it cannot be allowed to continue. However, with memories of the trauma inflicted on motorists during the roadblock era still fresh in our minds, we will expect the current government to comply with the laws of the country before implementing any changes.

Paragraph 879 of the 2019 National Budget Statement: “In order to promote road safety culture by adhering to road traffic regulations, the Budget proposes that any person who commits such offenses be liable to fines of levels 8 to 10, which attract a maximum fine of US$700 and imprisonment for a period not exceeding 12 months.”

To legitimatise this measure, government has homework to do, including:

Amend the Road Traffic Act (RTA): Section 81(5) of the RTA says that the maximum fine that the regulations may provide for is level five. An amendment through an Act of Parliament is required, followed by an amendment to the relevant regulations, enacted by the Minister of Transport & Infrastructure.

Amend the Criminal Procedure and Evidence Act (CP&EA): Sections 141 and 356 will require amendment to increase the deposit fine level above level three. (These provisions of the Act apply to any offences, not just traffic offences).

Revise the Schedule of Deposit Fines: The Schedule must list the various road traffic offences and the appropriate fines, clearly indicating which fines may be imposed by a member of ZRP versus by a magistrate following a court appearance. We trust the state will differentiate between life threatening offences and the trivial, and set the fines accordingly. To prevent roadside shenanigans, the Schedule must be readily identifiable (dated and on official stationery, etc.).

The above will legitimise Minister Ncube’s proposals, however we will also request that the payment of fines be efficient and user friendly. For several months now, motorists have been greatly inconvenienced by the non-availability of receipt books and swipe facilities in police stations. These are only available in the least accessible and most inconvenient locations …

In conclusion, motorists should ignore recent misleading lists of fines appearing in the social media. Until government successfully makes the required amendments, the MAXIMUM fine that can be imposed without a court appearance, remains $30. (The current Schedule of Deposit Fines, effective August, 2017, can be downloaded from Facebook group Dear ZRP/Files).

With acknowledgement to the contributors whose advice I rely on, we hope your readers will find this clarification useful.

”WE PREPARE YOU FOR YOUR JOURNEY”